The second concert of OM 14 was held on March 6, 2009. The program began with Other Minds Executive and Artistic Director, Charles Amirkhanian, moderating a panel discussion with the evening’s featured composers Dobramiła Jaskot, Catherine Lamb, Linda Catlin Smith, and Chico Mello. Jaskot discusses the spatial qualities of her music and address the question if it is distinctly Polish in nature. Lamb then talks about her particular interest in different timbres and the pleasure of composing long works in which individual sounds can be fully explored. Smith then describes he aesthetic as something that is not arrived at so much as it is uncovered over time. And Chico Mello displays an engaging sense of humor when describing his piece “Das Árvores” in which many popular Brazilian songs are quoted.

Hannah
Hannah, or to be precise Ophiphagus Hannah, is a royal variety of the cobra. This composition presents several images of her: from sounds that replicate hissing and biting, and further analogies, to slithery rippling and connotations of submissiveness, to sounds of singing instruments. The cobra is the main character, creating her own images, as if surrounded by fun house mirrors, which deform and at times obscure the limits of reality. -Dobromiła Jaskot, trans. Anna Perzanowska

Dilations
For three tenors, three bass clarinetists, and three ‘cellists, the piece is a trio split in three. At moments, the three like instruments enmesh into one sounding body, and in other moments an instrument shares qualities of another. The clarinet timbre, for instance, changes by the syllabic vocalization, much like the voice: “na” is an open, round sound, whereas “ni” is more focused, and “nn” a contained sound. The cellos each have their own (ratios forming a crystal) scordatura which together form resonating timbres within which the other instruments/voices sit. Dilations is a series of openings in the sky, the clouds, etc. Sometimes in the process of timbral and harmonic openings/shifts the weight becomes released into a lightness, and similarly in this process a lightness might become heavy. The commissioning and production of this world premiere was made possible by the Wallace Alexander Gerbode Foundation and the William & Flora Hewlett Foundation Emerging Composers 2007 initiative. -Catherine Lamb

Das Árvores
Is written for 6 instrumentalists and their gestures and explores my interest in rule temperance and its relationship to duality. In 20–25 second time intervals, the full group plays quiet chords that gradually grow or shrink in duration over the course of the entire piece. In between, a variety of material is played in different groupings of the 6 instruments, dependent or independently from one another: 1 to 6 soloing at a time (with fragments out of some of my earlier solo pieces), 3 duos, 2 trios or the full sextet. -Chico Mello, trans. Other Minds

Through the Low Hills
Through the Low hills for cello and piano was written for my brother, cellist Andrew Smith. the title is from Cormac McCarthy’s novel, "The Crossing." -Linda Catlin Smith

String Quartet No. 4, "Gondola"
In Gondola I was drawn to the not-quite-unison melody, the slightly unraveled line, and to quietly rocking chords. The title loosely refers to its slight undulation or floating qualities, a subtle motion or disturbance of the surface, like trailing the hand in water. This piece was commissioned by the Del Sol String Quartet, through the Canada Council for the Arts. -Linda Catlin Smith

Linearia
Linearia is a series of entanglements, ethereal, fleeting, at times contracting into knots. Among these figured structures the cantilena, which is an intersection of linear sound formulas of each instrument with a vertical surface, is occasionally liberated. Being the result of these two planes, the cantilena reveals itself in the third dimension, space. These moments of time’s relative suspension nevertheless draw the listener to an additional dimension of sound, to depth, sound’s clear essence. -Dobromiła Jaskot, trans. Anna Perzanowska

To see the full concert program guide go to: http://www.otherminds.org/shtml/OM14program.shtml

For more detailed program information and to browse other material in the Other Minds Archive visit: radiOM.org 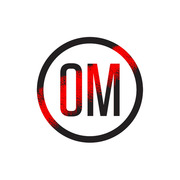